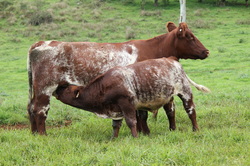 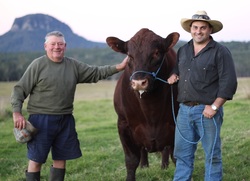 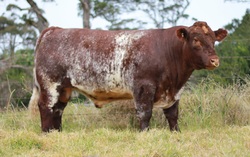 Eungella Royal Flush sold to PH & AS Carriga from Merriwa for $5000.00

Eungella Surprise - Grand Champion Heifer in the Heifer Show led by Joe Taylor
Eungella Surprise took out Grand Champion Heifer in the Heifer Show at the Dorrigo Show in November (2011). Congratulations to Joe Taylor who led Surprise in the ring. Joe has only just taken up parading and did an outstanding job in the ring.
We also had success in the interbreed taking out the pair of bulls with Eungella Royal Flush & Eungella Flo Rida. The girls, not to be out done, also took out the pair of females made up of Eungella Surprise & Eungella Fergalicious. 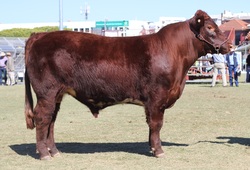 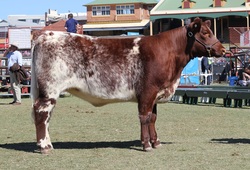 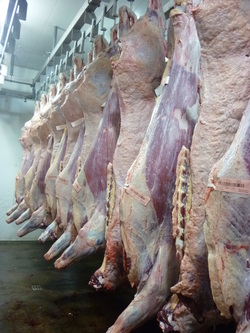 The winning steers came out of our commercial shorthorn herd, and being sired by our stud sires Spry's Master Blaster & Eungella Deervale Royalty.
In the carcase yield component the four steers got maximum points for rib fat and had an average eye muscle area of 78cm2 , and scored 70 points (from a possible 80) for meeting market specifications. 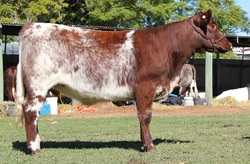 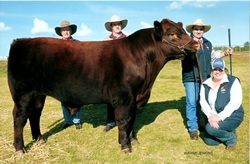 Eungella Yukon Royalty was sold to John Bell of Sillwood Shorthorns, Tasmania for $5,000.00

Eungella Alberta Royalty was sold to Philip Cooper for $4,000.00 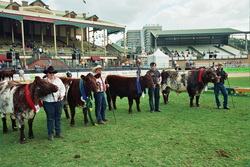 Eungella Deervale Royalty came second in his class, Bull - 30 months and under 42 months.